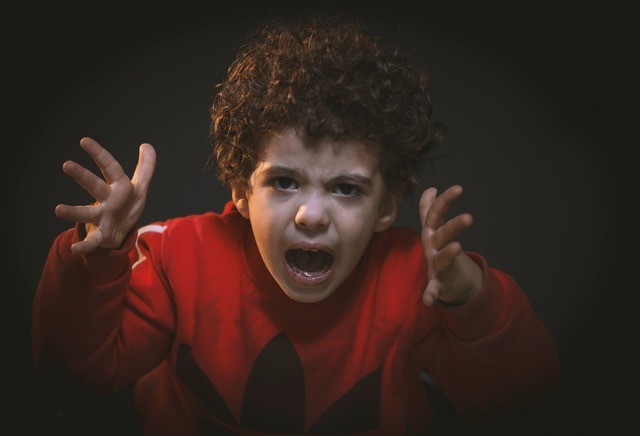 George was 3.5 years old when his mother brought him to see me. George’s mum had been surprised when she became pregnant with George. She was about to return to work after being at home with her 2 daughters for 4 years. Then she found out that she was having a boy, which she felt uncomfortable about.

George was born by caesarian section, and was a healthy, settled baby boy. He fed, he slept and he responded to cues. All his milestones were met! At approximately age 2.5, George began to thrown tantrums. Seems like quite a normal part of the terrible two’s! But there are tantrums and there are tantrums!

There are tantrums that are the right of passage tantrums. Tantrums are a normal part of development, and with the appropriate management and support from parents, the benefits for a child and their neurological development are priceless.

The issue that I have seen, is that some children are beyond the point where a parent can connect and guide the child. The child becomes unreachable! The normal parenting techniques don’t work! A lot of frustration from parents and children compound the ‘problem’ that triggers the tantrums.

This was the case with George. His tantrums were so extreme that his mother could not connect with him. In these types of cases I always look at the “why?” What is the trigger?

George’s mum told me that she struggles to take him out anywhere because of his tantrums. As we were speaking, George was throwing toys across my consulting room as his mother and I were ducking for cover. When his mother told him to stop he screamed at her and started hitting her. I saw this behaviour a number of times over the course of the consult. George also seemed to become very demanding when his mother didn’t give him all her attention. This was a very interesting symptom to note – if his mum was talking to me, he would become angry. I noted this as very demanding and almost jealous of his mother giving her attention to someone else.

After a couple of different remedies were prescribed with small improvements each time, I prescribed for George the remedy Hyoscyamus niger that was indicated in his case.

Mother reports that George was ‘an angel’ the day after taking the first dose of the remedy.

After this she said that her husband and her had noticed that the meltdowns had reduced in length and severity.

George’s tantrums were much more manageable when they occurred.

He seemed much happier and I observed he was also easier to manage in the consulting room.

Continued with Hyoscyamus but added in another remedy. I often work on 2 different aspects of the child. In this case it was the presenting symptoms of George and his tantrums, as well as the inherited disposition to certain expressions physically and emotionally (this is called the Miasm).

Other remedies that commonly alleviate the intensity and frequency of tantrums are:

As with all homeopathic prescriptions, each remedy is selected on your child’s specific symptom presentation. A thorough investigation into the root cause of the tantrums is required in order to give the best remedy for each child.

If your child is experiencing tantrums that become very unmanageable and they appear to be stuck so frequently that you find it hard to manage, you can book in for a free 20 minute consultation to discuss how Sarah might help you.